You can see him (or her) now, finding their writing space and staring into it. Nothing comes—damn it, nothing! James 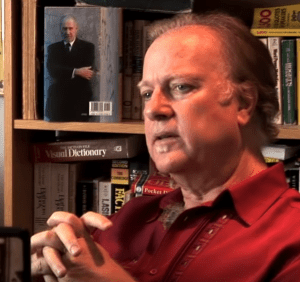 Scott Bell says, “Write a certain number of words, on a regular basis—a quota. Then, you look up at some point—three or four months, or a year—and you have a completed novel.  I used to do a daily quota, but felt like I was a slave to it. So, I do a weekly quota now. If I miss a day, I can make up my weekly quota. And, I take one day off a week. That way, you become a prolific writer.”
Is he right? Yes, if you want to be a prolific writer. Some, like John Grisham, write for only 6 months at a time. For me, I need some space between novels too but, once in the writing mode, find it best to be on task on a regular basis. “Write you fool” is a good mantra to keep me going. Hearing from other authors is great motivation to keep going, keep reading, keep exploring and keep the story flowing until the keyboard melts. Then stop, edit, revise, pause, and edit again. Like athletes, writers have their own quirky preparation. Their relax, and reward their writing efforts, in different ways too. Whatever works for you, do it!

Great advice from Ian McEwan. He believes that many people start (or try to start) their writing careers too early. First, 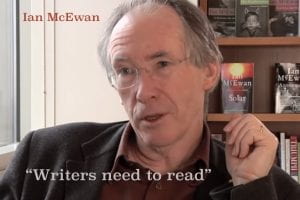 he suggests, they need to read. As Lee Child puts it, “My advice to writers is to start late! For people who write too young, it’s a hollow thing.” (see more here).

I agree. I love reading, but not fiction. Yet, I enjoy writing fiction. Perhaps this is why I enjoy fictional writing and also like it to be realistic—believable to the reader. I forced myself to finish a Dan Brown novel 18 months ago. I hated it. False, awkward plot, impossible situations, etc. Why write a thriller that couldn’t happen? It would be better to call it fantasy? You can view Ian McEwan’s advice for aspiring writers, here. 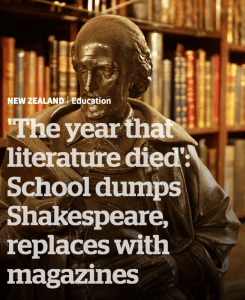 A New Zealand school dumped Shakespeare and replaced him with magazines in a bid to get students through their external exams. The change, believed to have been at Aorere College in Papatoetoe about 10 years ago, did not last because the college’s English teachers rebelled against it. But an Auckland University researcher who has written about the incident in her doctoral thesis, Dr Claudia Rozas Gomez, believes it was part of a growing trend to use simpler texts in senior English classes to get students through the National Certificate of Educational Achievement (NCEA). Hamilton Boys’ High School associate principal and English teacher David Williams says there has been a “gradual slippage” towards simpler texts in English departments since NCEA was introduced between 2002 and 2004.

Some students can get through their high school years without having to read one novel. That’s a novel ideal! Read more about this alarming trend here. 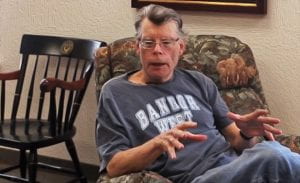 “Your best work is more like being a secretary than being a creative person—you just take the stuff down.” Stephen King in an interview by BDN Maine. Stephen mentions that he never knows how his novels are going to finish. He waits until he gets there before choosing the end—much like choosing dessert after you have finished the main course. John Grisham disagrees and must have the last chapter figured out before he starts a new novel. Me? I have done both and can see merits in either approach. I love the freedom of seeing where the writing will take me, but also appreciate the discipline of plotting a novel before beginning. My first novel, 3 WISE MEN, was like following a string through the darkness. Even I was surprised how it ended and readers loved the spontaneous events that shocked them on the way through. In my second novel, I knew how and where it would end, but still had to fill in the details. The conclusion to Ideas and Writing? Both approaches work fine. It is up to the author. However, have you ever noticed some authors using a formula for their plot development? It gets boring! I’m one who likes to mess it up and surprise readers, as well as myself! I remember the strange experience of sitting down during a break in my teaching and the words poured out, and included an event that even shocked me. It might have been subconscious, but it was real and many commented that they “never saw it coming.” If your writing never sees an event coming, then your shock is magnified for readers! 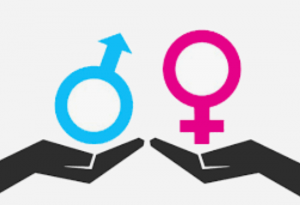 When doing school reports, I took care to keep the gender correct for each student. For example, Sue might get a generic comment that uses ‘he” and needs to be changed to ‘she’. It is more complicated in a novel and so easy to get wrong. Much easier to have the correct gender beforehand!

Nothing counts like word counts. As a general rule, I am against generalities about word counts. But publishers and, more critically, the readers are not—they have preferences and expectations which we, as writers, would be fools to ignore!

My readers of 3 WISE MEN commented on how much they enjoyed the short chapters—ones that left them hanging and wanting more. Short chapters help a fast—paced thriller or suspense novel. For me, a very short chapter is around 400 words and the longest about 1400 words. That is, between two and five pages.

I have on my desk a copy of ‘The Icarus Agenda‘ by Robert Ludlum. At over 630pp, it weighs about the same as an iPad. You could use this hardback to defend yourself on a dark night! What’s more, the language is very descriptive, and the opening scene takes the reader around the whole compass in describing the Gulf of Oman. OK, Ludlum may have appealed to readers a few years ago, but modern readers have less patience? Publishers, et al, suggest that a book should be as long as the story requires, along with the following guidelines:

So, what is the personal sweet spot for my two thrillers? The first draft of 3 WISE MEN was around 68000 words. The revisions upped this to 90000 words. Fierce editing dropped it back to around 75000 words and the final revision, with an added chapter, finished at 83000 words. By this time, I was very happy that the story had been told, and rounded off, in the way I wanted it to be.

With my new novel, I considered reader feedback and did the tough editing, etc. This process dropped the word count from around 76000–>74000, which I was happy with. Did I regret the loss of these 2000 words? Not at all. In fact I believe it is a better read now, with very few ‘fill’ words. My final edit included some additional material and finished at 78000 words. The extra material added interest to the plot and I felt happier with this final draft. Now I await a literary agent (puts smiley face here).

Will an editor want further changes? Of course, and that is the beauty and rigor of traditional publishing. More about self vs trad publishing in another post. Meawhile, I use the above word counts as a guide only. When a reader holds a 300pp book they do feel that it is a good length and will provide a read that is worth the investment. When I picked up Ludlum’s book, I got a workout! 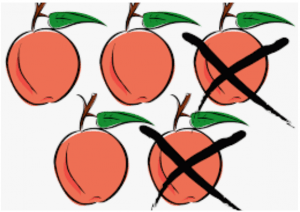 Here’s the scenario: a sentence in my paragraph doesn’t work, no matter how much I change it. When this happens, I use the subtract rule. That is, take out the problematic sentence and see if the shorter paragraph is any better without it. Most times, it is. I call this the “subtract to add rule“, and I have used it more than a few times during editing of my latest novel. I know what you may be thinking—such a move reduces the word count. Yes, it does, and thank goodness! Think of this sentence culling like the fruit picture. If you take some of the fruit away, do you still have a tree full of inviting fruit? If yes, take away the ones that don’t add. The power of a novel can be in the words and sentences taken out, not in the ones that are left in! Happy fruit picking.

Here are the opening lines from my new book. Please feel free to comment:

“What is The Order of the Bluenose?”

The question hung like a rotting fish, and no sailor dared touch it.