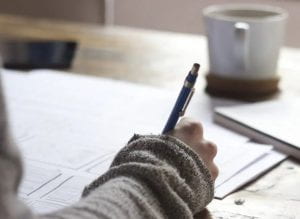 Here’s the best advice that helps my writing: I need to review it regularly: “Be myself and be authentic. Don’t try to put on a voice that isn’t my own. Keep my characters genuine and real. Readers will pick up if I’m lying, and they will put my book down. Keep my writing simple and keep it honest.”

I have a trusted reader and, about a week ago, sent her a chapter from my new book to review. Her comment was, “Your (female) character is not real. She would not think or act like that.” When I re-read the chapter, I had to agree. The main problem was that I was being over-descriptive and it ruined the authenticity of the setting. I was over-eager in my writing and, by adding more words, I destroyed it.

I enjoyed this short video on writing tips (both good and bad) from Jericho Writers. This one stood out for me:

Why did this tip seem such a good one? It’s simple. Your writing should include YOU—your experiences, your heart and soul; the beat of your own drum. When I was editing my second novel, this became so important that it caused me to rewrite my characters to include the leadership conflict I had experienced in my own career. And, as a result, the book gained more power and a sense of poignancy that made it real. At least, I hope it did! So, take Franz Kafka’s words of wisdom to heart and write from your heart. 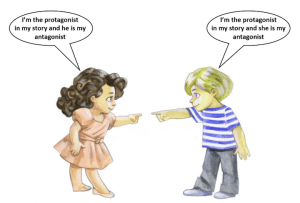 During the Vietnam War, POWs who said, “We will be out by Christmas” were more likely to suffer from severe depression than those who said (or thought) “We will get out sometime.” Now, as a writer, it can be a long time before you land a suitable literary agent. The moral? Don’t expect to find the right one in a specific timeframe. Just spend quality time to find the one who suits you, your book, and your future writing career. Good advice from the Vets.