Jack Colins couldn’t stay awake. His eyes closed, but were wide open when the bullet tore through his skull and into the far wall at the Baltimore Fire Station.

No, it’s not in my upcoming book. It’s the thought that I awoke to this morning and think it might work quite well for my next book, LOL!

Feedback just in from someone in Italy who read Chapter 1 of my new book: “Oh my goodness-I can’t wait to read more! You’ve left me hanging…”

This reaction is what I hoped for, since my first chapter does three important things;

“Just read the first chapter of your book it has got me hooked, looking forward to it being published ASAP.” This email came in from a friend living in Australia; a little note of encouragement as I continue  to search for the right literary agent for my new thriller. If you are also interested in reading chapter one (of 85) and giving some feedback, please message me at usakiwis@yahoo.com . 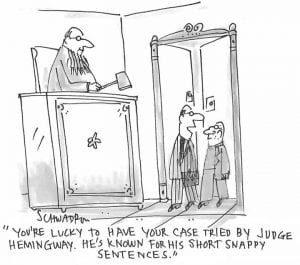 I was pleased with myself. Chapter One for my new novel read perfectly; at least I thought so. But I needed an independent critic – someone I trusted to be honest, even brutally honest, and give constructive feedback. Aha! I had the perfect person – my wife! She endured endless revisions of my first thriller and was keen to read my second. I was anticipating a great response to Chapter One. “Did you like it?” I asked. The reply was not what I expected.
“Well,” she replied, “I just could not get into it.”
Shock, horror. “Why not?”
“I dunno. It was just too technical. But, I was tired when I read it, so I will try again.”
There it is! She was tired. I am let off the hook; the chapter is good after all? I waited for her second take.
“No, it just doesn’t gel for me.”
“Damn!” What did I do wrong? I spend hours on this opener and now it has fallen flat. I need to really think hard about this; not rush it; give it another angle.

Hours later – days actually, and I had an idea; an approach that was based on human interaction and left out most of the technical details. “Here is a new Chapter One.”
“O.K.,” she said, “I’ll read it later.”
…
“What did you think?”
“Much better, and it drew my interest. It also reminded me of an event at one of your schools.”
I was relieved, but learned an important lesson, and thanked my best critic – my wife!