I watched one of those self-promoting videos in which there was a discussion on whether it is easier to trim words from a novel or add them. At first, I agreed with the notion that trimming was easier—after all, there is something immediate to work with. In my first novel, I found trimming easy to do as part of the editing process. This happened for me with my latest novel too. 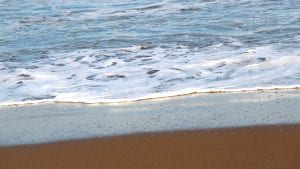 However, and this is where I differ, once I have done a heavy edit and trim, I find it easier to add to the plot and, therefore, the text. Like the tide creeping in, my additions give more depth. I guess others prefer to work the other way (and reduce their lengthy manuscript). To summarise:

In an earlier post, I discussed book lengths. An interesting aside—when researching this topic on the internet, pay close attention to the date of the article or discussion. Here’s why:

You will notice that this research, based on the New York Bestseller list (see full article here) shows a very clear trend down from 467pp (in 2011) to 273 (in 2017)! In my new thriller, my draft manuscript hovered around 74,000 words. Now, following severe editing and adding critical plot and character details, it is sitting at 82,000 words. At this count, the book feels ‘right’. What do I mean by feel? I mean exactly that. Pick up a 74,000 word book and it feels a bit on the thin side. Now, try the 82,000 word novel and it has a good heft; a sense of substance, and I know I will be reading a story with a well—developed plot and depth of detail. Of course, this assumes that the story is well—written, and the plot exciting, with many twists and turns.

Nothing counts like word counts. As a general rule, I am against generalities about word counts. But publishers and, more critically, the readers are not—they have preferences and expectations which we, as writers, would be fools to ignore!

My readers of 3 WISE MEN commented on how much they enjoyed the short chapters—ones that left them hanging and wanting more. Short chapters help a fast—paced thriller or suspense novel. For me, a very short chapter is around 400 words and the longest about 1400 words. That is, between two and five pages.

I have on my desk a copy of ‘The Icarus Agenda‘ by Robert Ludlum. At over 630pp, it weighs about the same as an iPad. You could use this hardback to defend yourself on a dark night! What’s more, the language is very descriptive, and the opening scene takes the reader around the whole compass in describing the Gulf of Oman. OK, Ludlum may have appealed to readers a few years ago, but modern readers have less patience? Publishers, et al, suggest that a book should be as long as the story requires, along with the following guidelines:

So, what is the personal sweet spot for my two thrillers? The first draft of 3 WISE MEN was around 68000 words. The revisions upped this to 90000 words. Fierce editing dropped it back to around 75000 words and the final revision, with an added chapter, finished at 83000 words. By this time, I was very happy that the story had been told, and rounded off, in the way I wanted it to be.

With my new novel, I considered reader feedback and did the tough editing, etc. This process dropped the word count from around 76000–>74000, which I was happy with. Did I regret the loss of these 2000 words? Not at all. In fact I believe it is a better read now, with very few ‘fill’ words. My final edit included some additional material and finished at 78000 words. The extra material added interest to the plot and I felt happier with this final draft. Now I await a literary agent (puts smiley face here).

Will an editor want further changes? Of course, and that is the beauty and rigor of traditional publishing. More about self vs trad publishing in another post. Meawhile, I use the above word counts as a guide only. When a reader holds a 300pp book they do feel that it is a good length and will provide a read that is worth the investment. When I picked up Ludlum’s book, I got a workout!

I wasn’t really envious – well, a little! A friend was now writing his 3rd book and I was struggling to make progress on my #2. But, I reassured myself, Rome wasn’t built in a day and, besides, mine was more technical – requiring considerable research. And, I had no research assistant! The funny thing was, although about half-way through novel two, I had the last chapter sorted. Then, smug, smug, I was sure that I had gone well past the middle when a word count (hate that tool) revealed that I had only completed 32,000 words. Dang it! Still, this wake-up shook me into being more disciplined and, I am proud to say, my writing has improved. I am now into a routine of morning writing, followed by a quick evening review. I also determine to try and keep my weekends free – in the same way as I did when teaching.

In a previous post, I discussed the ideal number of words for a thriller. Publishers recommend anywhere between 80,000 and 100,000 words. As an author, should I agree with this? Well, from my experience with 3 WISE MEN, I am mostly in agreement, and here are my reasons for this. First, at just over 80,000 words, using Times Roman in 12 point and a 6 x 9 inch format, the approx. 80,000 word novel feels ‘right’ in paperback. The only reason that it might not actually be ‘right’ is when poor writing pads out the story. At 80,000 words, the novel will be sitting close to 300 pages and that is a good read for devotees. Much less – at say 280 pages – and the novel will be short of room for a sub-plot, or lacking dramatic tension. In 3 WISE MEN, my early word count was only 70,000 words and I pumped that out to about 86,000 before falling back to 78,000. On critical review, I needed to add about 3000 words in order to give the story more substance in a few places, and help build the necessary tension at a pace that engaged my readers – rather than over-shock them. I hope you agree?