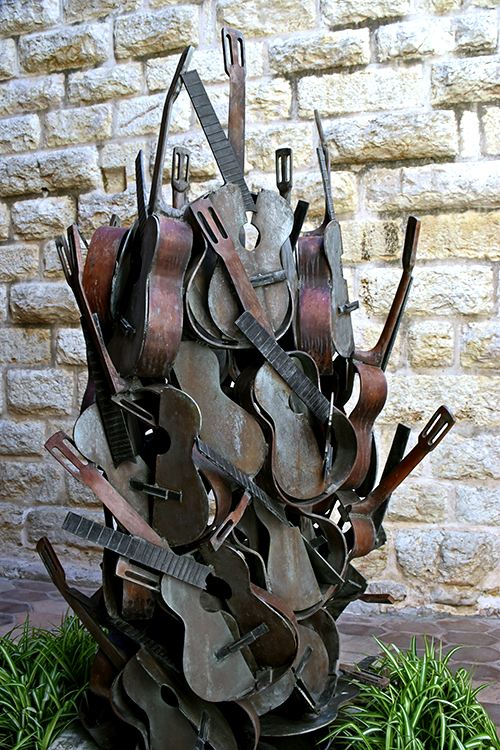 Jak is pleased to be leaving Antibes and on his way to Milan. However, he is not too happy making conversation with the stranger who keeps asking him so many questions. Then, there was the strange note that he got from his wife. Jak cannot figure out what went wrong in Antibes, despite carefully following the directions he was given.

It all unfolded at the statue of Picasso’s guitars. Was he too gullible? If he had plucked up more courage would he not be looking over his shoulder at the shadows that seemed to be following him? Picasso’s guitars – a jumble of broken pieces – do, in many ways, symbolize the chaos in Jak’s own life at this point, a little over one day since he left the comforts of home.

[novel extract: “I know that I asked this before Jak, and I don’t mean to pry, but do you mind telling me what brought you to Antibes?”

“I wanted to see the Picasso museum. It’s quite impressive.”

“Oh, it has such a wonderful collection. Which was your favorite?” She asked.

“The sculpture of guitars. I spent most of my time there.”

“Yes, they are rather iconic.” Her voice trailed off and they journeyed in silence.

Jak watched the lights of each coastal village sparkling brighter into the night. A few minutes before they arrived in Genoa it had become ink-black along the coast with no moon to brightly paint the ocean. The dark atmosphere contrasted with the exquisite appearance of his fellow passenger, who now seemed more interested in reading than talking.

“What a relief,” he thought.

However, Sasha was far from ignoring him.]